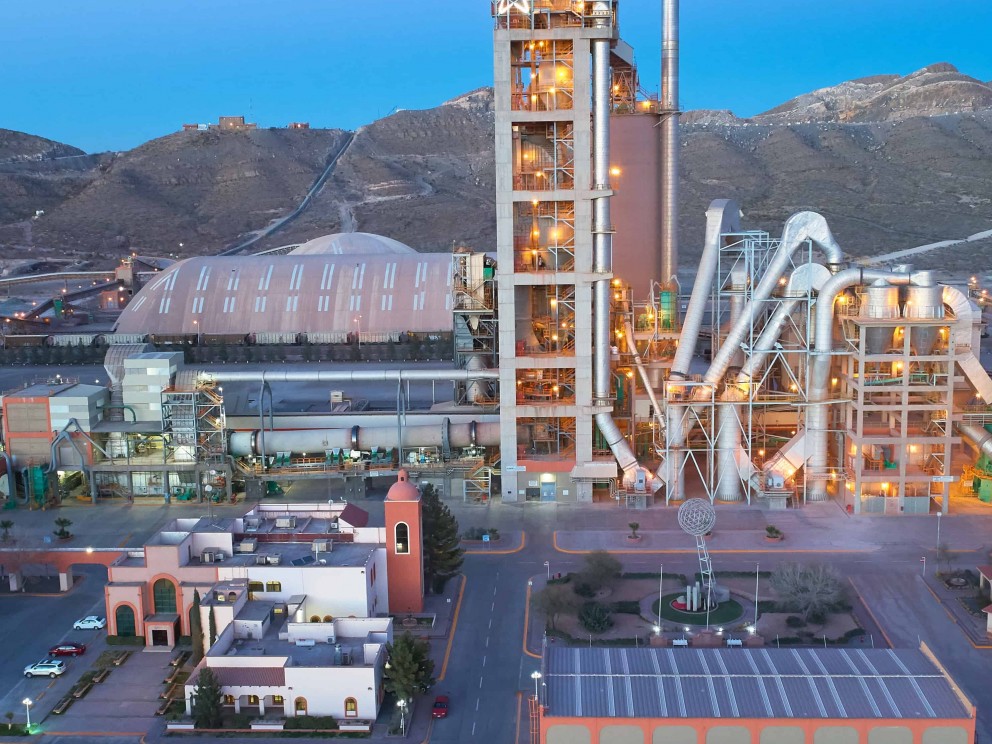 DENVER – As part of GCC’s commitment to net zero carbon emissions, GCC’s cement plant in Samalayuca, Chihuahua, will fully convert to portland limestone cement (PLC), a high-quality cement that lowers the carbon footprint of concrete. The transition will be complete in July 2022.

“PLC is one piece of the part of GCC’s roadmap to reduce greenhouse gases,” said Ron Henley, president of GCC’s U.S. division.

“Concrete made with PLC is a resilient material that easily meets the needs of our customers for generations to come. We are committed to building a better world with our partners across the industry.”

GCC’s Samalayuca Plant ships about 600,000 tons of cement per year that is used to build better communities throughout the United States. The Samalayuca Plant is one of the newest, most efficient plants in Mexico and employs approximately 80 people.

PLC differs from portland cement by increasing the amount of limestone in the formula. PLC is a proven product that performs similarly to portland cement with almost identical strength, workability, and durability.

GCC estimates the plant’s production will reduce CO2 by almost 40,000 tons each year. That’s like removing 8,000 cars from the road or adding 43,000 acres of forest. GCC plans to expand production of PLC to more of the U.S. plants in the near future.

About GCC:  GCC believes that by growing and strengthening partnerships, together we can build a better future. GCC is a leading supplier and producer of cement, concrete, aggregates and construction‐related services in the United States, Mexico and Canada. Annual cement production capacity is 5.8 million metric tons. The company employees approximately 3,000 employees in the U.S. and Mexico. Founded in 1941, the Company’s shares are listed on the Mexican Stock Exchange under the ticker symbol GCC. The Samalayuca Plant opened in 1995.

But this background also highlights another important influence the moon has had on Earth’s development that is seldom recognized and that is the stabilization of Earth’s orbital pattern. Most know that Earth is not round but more of an egg shaped orb. To be blunt, the Earth would wobble. Without the moon’s stabilizing influence, this shape would shift dramatically so the tilt of the axis, that is the polar caps would shift dramatically with each seasonal rotation producing climacteric, changes much more violent and drastic than we are used to.

Back to all news